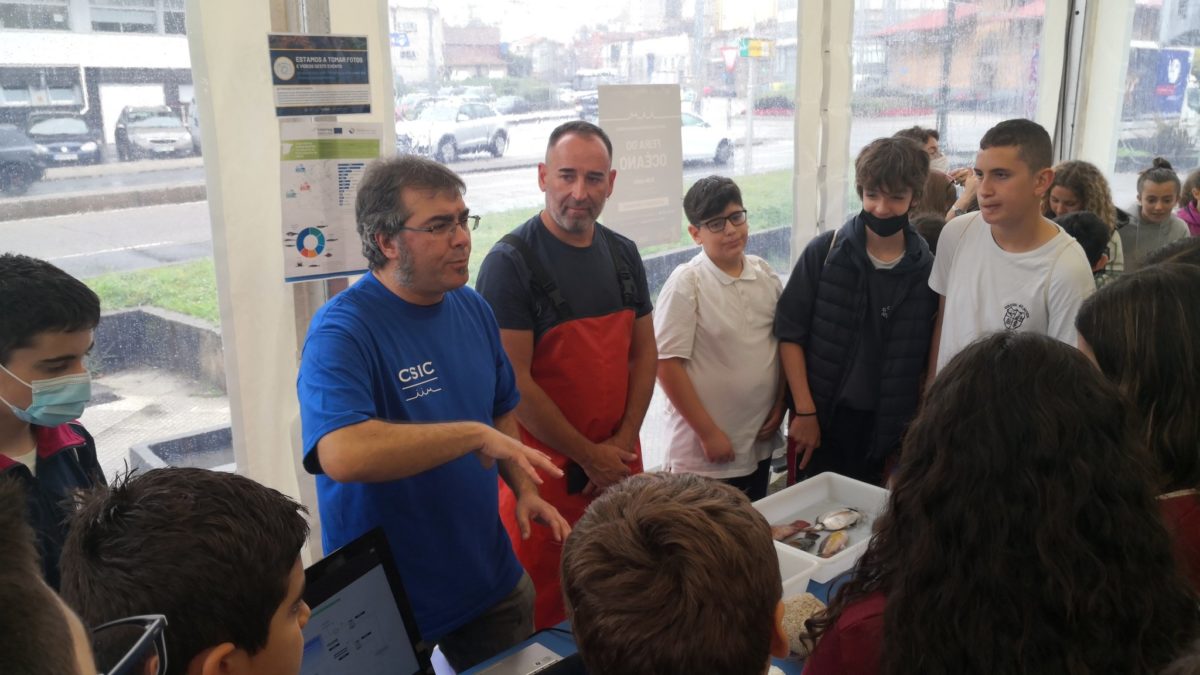 Our partners from the IIM-CSIC took part of the «Feira do Océano» organised by their institution to celebrate the World Oceans Day.

The first edition of this Ocean Fair was celebrated on 8th of June as a scientific dissemination fair where the IIM-CSIC took to the streets to meet the citizens of Vigo.

The Fair was held throughout the day under the tents installed in the Bouzas neighborhood. In the morning, the researchers received the students of IES Beade and the schools Javier Sensat, Atlántida, Virxe do Rocío and Mestre Manuel García. And in the afternoon the workshops were opened to the general public.

With the slogan «Choose smart food» the group led by Eva Balsa-Canto showed several results of the project: the production of ingredients and food of marine origin using circular economy concepts, the use of DNA-based techniques for the identification of ingredients or an intelligent label that allows monitoring the quality of food throughout the chain.

SEAFOOD-AGE project counted with the participation of Rogelio Santos Queiruga, as guest of honor.

The well-known seafood expert Rogelio Santos Queiruga was present all day at the fair, chatting with the kids. Rogelio has been working for 27 years, out of his 45, as a sailor, fisherman and disseminator of the values of the sea and fishing. He is promoter of sustainability, science, and responsible consumption as keys to a better future and he shares the values of our project.

The media echoed the news and the regional television reported on the fair in situ.

Any cookies that may not be particularly necessary for the website to function and is used specifically to collect user personal data via analytics, ads, other embedded contents are termed as non-necessary cookies. It is mandatory to procure user consent prior to running these cookies on your website.